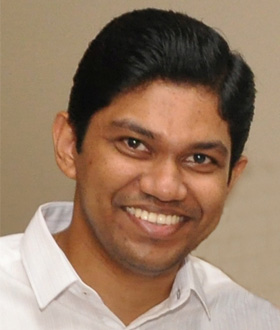 Dr. Jojo Kottoor was initiated into dentistry in the year 2001 and completed his graduation from Dr. MGR Medical University, Chennai in 2006. He then pursued his masters training from 2008 to 2011, in the specialization of Conservative Dentistry and Endodontics from Meenakshi Ammal Dental College, Meenakshi University, Chennai.


He was bestowed with various laurels during his masters training which included ‘Best case report” for the year 2009 and 2010, best Postgraduate student and the University silver medalist for 2011. He also received a special appreciation award from the Indian Endodontic Society in 2011.


He has many pioneering firsts to his name. He is the foremost to report in literature

Added to these firsts, Dr. Kottoor has additionally contributed to endodontic literature by

He has also made valued contributions to Textbooks in his specialty and acknowledged as a Contributor in.


Dr. Kottoor is actively involved in teaching undergraduate and postgraduate students for the past 5 years. He is currently academically affiliated to Mar Baselios Dental College, Kothamangalam, Kochi, India as a ‘Reader’. Additionally, he has also lectured as an invited and guest speaker at national and international platforms. Dr. Jojo has a special interest in complex diagnosis, anatomy of the root canal, pain-free dentistry and dynamic irrigation.